Spocket is an ecommerce dropshipping platform that allows entrepreneurs to connect to suppliers of different products around Europe and the US, Spocket has begun revolutionizing the world of e-commerce by connecting dropshipping suppliers around the globe with more than 60,000 online entrepreneurs cutting across five continents, giving them the boost to open e-commerce businesses without having to worry about upfront costs or inventory. As many start-ups do, Spocket started managing its lead acquisition process with Excel spreadsheets, this didn't turn out well for such a large e-commerce platform that has gone big. It became evident as time goes by that the approach isn't yielding the maximum required result, the marketing team suffered it as they struggled to stop leads from growing cold coupled with that they had little as regards which re-engagement strategies were working. The spreadsheet system proved not to be the right choice for spocket as it stood in the way of landing product suppliers for dropshipping entrepreneurs who Spocket has helped open online business, this challenge was a critical one for the dropshipping platform. It got to a point, the operations manager - Imelda Dharmaei could no longer have it, she resorted to batch follow-ups to keep leads warm. The team mapped out entire days for lead re-engagement, muting all other tasks. “Our so-called cleanup days were incredibly time-consuming,” says Imelda. “They took us away from other activities that were much more useful and valuable.” this effort wasn't so fruitful as some leads would grow cold waiting for the next “clean up” day to come. Saba Mohebpour - Spocket’s CEO equally wanted a unified place where he and his team could source complete information relating to their product suppliers, plus conversion rates.

Somehow, Saba knew that they were losing leads instead of gaining, but he was faced with the daunting task of putting a number to it because he wasn't sure where leads were falling out of the acquisition process.

It became crystal clear that they needed a new way to manage and track its product supplier acquisition process, so the operations manager at spocket and her team started looking for an alternative that will yield the desired result.

After carrying out some research and searching through all multiple platforms, Spocket chose HubSpot for Startups. “We needed a platform that could scale with us over time and not cost a fortune at this early stage,” “HubSpot fit the bill,” Saba said. Banking on HubSpot’s scalability paid off for the dropshipping e-commerce platform. Since kicking off with HubSpot for Startups, the company has since upgraded to a stack comprising Sales Hub Professional, Marketing Hub Professional, and Professional Contacts. The following features were most beneficial to Spocket’s success:

The results Spocket achieved with HubSpot are numerous starting with -

HubSpot is a huge success for Spocket, Saba has looked forward to the expansion, and continue scaling with HubSpot into the future. “Our goal is to become a one-stop-shop where anyone can become an entrepreneur,” says Imelda, “and HubSpot is helping us get there.”

Spocket is a dropshipping platform that connects entrepreneurs around the world with suppliers.

Spocket engaged HubSpot to help with its automation process 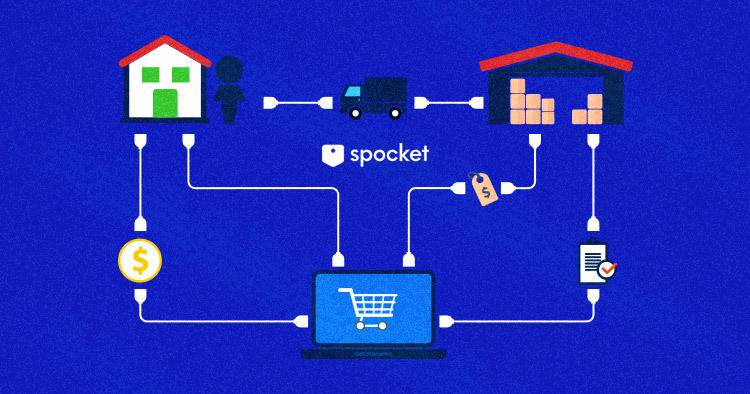 PUMA leverages the power of Salesforce to relaunch its mobile sites and scale customer expectations.